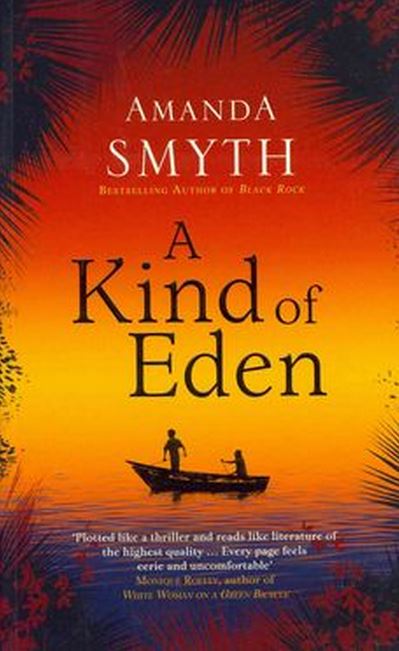 Martin Rawlinson realizes that Trinidad and Tobago, the Caribbean nation to which he has emigrated for work purposes, is a contradictory sort of paradise: beauty abounds on those shores, to be sure… but at what price are the islands’ attractions to be enjoyed? Our protagonist is a top police officer, recruited by the local government in an effort to take T & T’s burgeoning crime rates to task. He finds intoxicating pleasure in the arms of the much-younger Safiya, a precocious town-based journalist with a worldly air that feels more mysteriously inherited than contrived. The previously-staid married man persistently disregards the comfortable yoke of convention in an attempt to absorb as much of Safiya into his bloodstream as is possible. How, then, will he navigate the presence of his wife Miriam and daughter Georgia, when they arrive on the island, cherished but distracting reminders of the English life that trails in his wake? Worse still,  how will Martin respond when an unspeakable act of violence shatters the idyll he has constructed for himself on this deceptive Trinbagonian terrain?

Eminently readable, this second novel by Smyth packs powerful punches with more bite to their seductive force than initially seems apparent. Using Martin’s journey as a kind of psychologically and emotionally involved construct, she prompts readers to explore the depths of their perceptions about paradise, and its mirror opposite. While reading A Kind of Eden, you may ask yourself: can a landscape ever be ambivalent, when it’s been populated by people with such deep and conflicting desires?

As with some of the most thought-provoking fiction, Smyth’s sophomore work provides no easy answers, offering up in the place of clear solutions a series of startling, beautifully-constructed revelations, written in visually resonant prose.