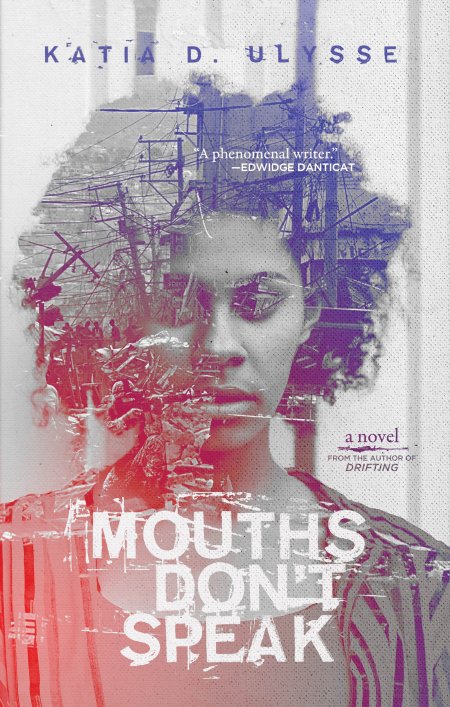 The Haitian earthquake of 2010 left a trail of damage that was both devastating and persistent: nearly a decade later, its repercussions still reverberate in the everyday lives of its citizens. Mouths Don’t Speak takes us into the beating heart of the earthquake’s terror, seen through the eyes of diaspora Haitian Jacqueline. The horror of uncertainty Jacqueline feels is rendered so convincingly by Ulysse that we, too, reading along, grit our teeth with worry for her parents, not knowing whether they’re buried under the rubble.

When Jacqueline goes to Haiti, her precocious and beloved daughter Amber in tow, she thinks she’s returning to her natal land to be a dutiful daughter, and to reconnect with the parts of her spirit that have long gone neglected. Ulysse is at her best when she delves into Jacqueline’s vulnerable emotional core, painting a central character who exists at the storm’s eye of so many identities: thwarted artist; devoted and despairing wife; besotted mother; restless spirit. Could a return to Haiti almost a year after the earthquake provide her with what she needs, with what she’s too afraid to ask for?

We see most of Mouths Don’t Speak from Jacqueline’s eyes, and when other characters speak, their own voices are as credible, laced with resentments and fears, with ghosts and private dreams. Jacqueline’s ex-marine husband Kevin is a strong example of this: he’s a portrait of wounded masculinity, a veteran with PTSD who neither trusts Haiti nor Jacqueline’s dubious emotional attachment to a place she left when she was ten.

“Between deployments, their love had been stronger than before. They sent each other the sort of text messages they could view only in private places. Now, Jacqueline shrank each time he came near. They slept in the same bed, but worlds apart. In the mornings, if they caught each others’ eyes by accident, they saw only despair.”

It’s emblematic of a pair of larger concerns in Mouths Don’t Speak — the ways people wrestle their phantoms, and the ways in which we struggle to be free of our burdens. This novel is a candid exploration of what forces live in the house shared by grief and hope, and what richly unsettling terrain we uncover when we try to go home.